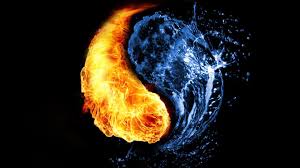 This is now an oft-used term but no less valuable for it. McKinsey did a research study in the mid-90’s trying to assess the effectiveness of CEOs at hiring their executive teams. They tracked shareholder value over a leader’s tenure and then mapped the hiring/firing of their direct reports over that time. Their big ‘a-ha’? That the best CEOs do not hire better. They fire better. Meaning that the amount of turnover of the executive ranks was the same for the best and the worst CEOs. The difference was speed. The truly effective CEOs were much quicker at determining who was a bad hire and doing something about it.

This is really hard to do in a start-up. At a large publicly-traded corporation, such as those in the McKinsey study, there are many execs and their coming or going rarely has impact above the CEO’s office. Nothing could be further from the truth for an entrepreneur building her team. She will first negotiate with the board or with investors that she needs X or Y role and that it will be expensive but is critical to growth. Or worse, a funding round will come along with a punitive covenant that gets triggered if, for example, the VP of Sales role is not in filled within a period of time. So every hire at this level is both super visible and, give the small size of the team, the wrong hire could potentially be disastrous. The problem, as McKinsey found out, is that even the most seasoned CEOs screw this up fairly often. And a typical start-up CEO is not as experienced, so her odds of making a mistake rise considerably. Hiring is essentially an act of faith, where within a few hours of interviewing and some reference calls, you need to assess someone’s deepest strengths and weaknesses, and of course they do not want to show you the latter and will play up the former.

In a another post, “Tell Me What You Pay Me For”, I talked about getting the culture fit right. Here I will focus on what to do to minimize the hiring risk and what to do to when you did not get it right. Let’s talk about recruiting. First, establish that the person has the right resume, aligned salary expectations and seems to be a culture fit. The next step, quite bluntly, is to swallow your ego and cover your ass. By our nature, start-up founders tend to see ourselves as the Lone Ranger, bravely charging down the hill to get the bad guys. All glory or all failure, but essentially alone. This is a very fast way to get into trouble. As I discuss in another post, “The round room problem,” there is something called confirmation bias and it is especially bad when you REALLY need to hire someone and a guy that looks great on paper comes across your desk. You are saved. Make a decision and you get the board, investors and rest of team off your back. Done. Problem is, as I mentioned, that all those hires are highly visible. Making the choice without any external input limits the ability to make the right choice to your skills (big problem), and if you choose wrong the problem is 100% on you (less of a problem but still painful).

When we were recruiting our head of marketing at MiMoni, we had Leon Kraig, an ex-Latam CEO for a very large consumer products company and partner with Ignia, one of our main investors, help with the process. At first we only engaged him with candidates that the Mimoni executive team had already interviewed. This turned out to be a mistake. His standards were much higher and his experience in this type of hire much deeper than mine or that of the rest of the team, so he could much more quickly and with more effectiveness assess a candidate’s potential. We quickly took to having him be the first interviewer. This saved us all a lot of time (maybe except for him, but he was a real trooper!) and streamlined the process. Our investor approved only a couple of candidates that then we could focus on interviewing with the rest of the board and the internal team. At the end we made an amazing hire and everyone was fully supportive of him joining the company. Even if he had turned out to execute below our expectations, no fingers would have pointed since everyone was involved in his hiring. And of course, the odds of making the right choice were significantly higher by making it a team effort and focusing on having the person around us with the deepest relevant skill set lead the process.

Yes, we have learned and now hire VERY slowly (it took us over 6 months to fill the role). We have also learned to fire very quickly. My partner and I have mostly concluded, after 7 years of working together, that if we are wondering for more than a couple of weeks whether or not to fire someone, it is probably already past time. That seems harsh, but you have to consider the costs of having an underperformer in your team. First, it sends exactly the wrong message to the rest of the company, ‘If I can be lazy like Joe and still keep my job, why work my ass off?’; second, it impacts the performance of your venture in a very real way. Any fast-growing start-up is always operating with less people than they need, so any one faulty cog, especially a high-level one, can really impact the venture’s overall performance; lastly, it impacts your future hiring since you are sending a message to your current best employees, a key source of hiring leads, that underperformers are tolerated. They will not want to recommend a friend or cousin that is a star at their current job to come and hang out with losers. Jack and Suzy Welch elegantly put it this way, “…if you’re moving at the right speed in taking care of a hiring mistake, it will probably feel too fast.”

Biting the bullet and firing an exec that you sold hard to the investors, fought to recruit and who presented at the board for the last 6 months is very hard, but you absolutely have to do it if you want to succeed. This is where having involved everyone around the table pays off. If you have properly documented the hire’s flaws (and assuming you do not have an exec revolving door-if so, then probably YOU are the problem), everyone will be behind you and will not second-guess your decision. Think about it: All CEOs screw up with their top hires. The best ones just have the guts to admit the mistake and correct it sooner than the rest.