Over the weekend, I found myself watching a fairy tale on TV…one of the ones we all saw when we were young. The oppressed princess who had a very hard life, yet somehow got to meet her knight in shiny armor, was rescued from a mighty dragon and at the end, “they lived happily ever after.”

Some of the most successful film studios have been creating stories around this topic for years. The main reason? I guess it’s because success and happiness are great products: people identify with them, sometimes believe them…and of course, buy them!

What does this has to do with entrepreneurship? Well, if you read the mainstream blogs and literature about startups, they are not that different from fairy tales: the founder in shiny armor who chases a dream, raises a bunch of money, assembles a great team and a few years later, gets acquired for X billion dollars. If you read closely, the stories about Nest, WhatsApp and Oculus could easily end with the fairy tale cliché.

It’s not that these companies didn’t struggle to make payroll, have to overcome impossible obstacles or didn’t have to make tough decisions during their path to success, it’s just that nobody writes about them. Nobody writes about the anonymous heroes that lose battles — or even the war — in trying to achieve success, because that is not good product. It doesn’t selll.

But we shouldn’t ignore it. Over the last few years, I’ve mentored a few entrepreneurs and the “I didn’t know it was going to be this difficult” or “they don’t teach you about this in business school” phrases keep coming again and again.

In my last post I wanted to present how Silicon Valley sees failure, how constantly the status quo its being challenged and how ultimately failure is the only recipe to success. But it’s hard, really hard and nobody is preparing the future generations of entrepreneurs to deal with it. So, here’s an idea:

Last week I was having a conversation with some colleagues and we were discussing the challenges our startups are facing, and after a

while, it felt good…it was like being in a AA meeting, sorry not AA, an EA (Entrepreneurs Anonymous) meeting. Try it for yourself, it seems that hearing other people’s struggles and concerns makes the path less lonely, and demystifies the fairy tale, giving you the clarity and energy to keep on going.

Last week, I also had a call with one of my mentors — I consider him one of the smartest people I’ve ever met — and during the conversation, he mentioned a book (as often happens in the entrepreneurship world). Ben Horowitz wrote a magnificent piece of work: “The hard thing about hard things.” When you have some time, get a copy, read it and I’m sure you will find Ben’s untraditional advice very handy when you are fighting that fearsome dragon. 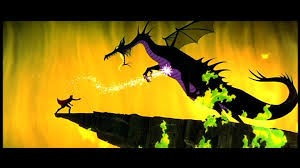