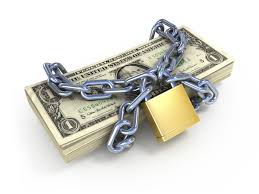 To fund or not to fund? By Gabriel Manjarrez

This question comes up a lot, especially in startups in Mexico, where externally funding a venture is much less common than in the US. All respect to the Bard, though, that is actually not the question. The question is really ‘how fast do you want to grow?’ I recently met with an entrepreneur who said, “I would never take outside money. It creates reporting headaches, puts bosses on top of me and I get nothing for it. I would rather do it on my own.”

Now, really, what entrepreneur would not want to live in that dream place, with financial success, no bosses and no reports? The problem, which this particular person is already facing, is that unless you are a baby from a serious trust fund, investing your own money will only take you so far. And by ‘so far’ I mean that if you are very good (and very lucky) you will eventually get to break even but with little extra to grow aggressively. What is wrong with that scenario? Nothing, really, except that your growth will be really slow and limited to your own resources plus whatever the business generates. In Silicon Valley-speak, we would call that a “lifestyle business,” meaning you are not in it to change the world or make you and your team uber-rich. You are just in it to feed your family, have decent vacations once a year and leave something for your kids.

Although it sounds like a perfectly fine plan, this blog is not about building that kind of business. It is about building something that WILL change the world. And for that you will need external funding.  Yes, that means you will have bosses, you will have fewer shares, you will have to increase your reporting discipline, professionalize most of your processes and reach consensus on key decisions. I would argue that all of those are not only positive but actually necessary for any successful sustainable venture. The money and growth are the cherries on top. Google would never be what it is today if not for its early investors, which required a Board, regular reporting and decision-making discipline from the company. The investors even brought in management when they decided the founders needed a more-experienced team. 1% of Google is worth US$4B today. Ask Sergey and Larry whether they have a problem that they “gave up” shares and control (including the CEO job for a few years!) for their investors.

By not taking funding you are leaving the door open to someone that will. Someone sees you have an interesting new business with demand and good margins so they copy it and with external funding cover the market. You will spend the next 20 years complaining that you were the ‘original inventor’ but nobody will care. You are stuck with 100% of your little enterprise while the copycat kept 10% of a nationwide chain that she then sold to a global competitor (or, as a current investor of mine likes to say, the “McDonald’s test”: Would you rather have 1% of McDonalds of 100% of the corner pizza shop?)

One option that entrepreneurs in Latam many times use instead of external funding, especially in service businesses, is “franchising.” I put it in quotes since these really have little resemblance to the sophisticated franchise chains we all know (and my wife hates!). Typically an entrepreneur comes up with a new restaurant or service concept. They have maybe one or two locations and are afraid it will get copied and instead of seeking outside money to keep growing they rely on other entrepreneurs to put up their money to do it via a pretty unstructured and chaotic franchise model. Failures of this are common in Latam. The key problem being that the original concept was not mature enough to scale without direct supervision plus it inevitably gets diluted or corrupted in the franchised implementation. So it starts from a weak foundation and gets worse from there. It also leaves whatever key intellectual property the concept had for any competitor to see and replicate. Not a recipe for success. Having a solid franchise model requires enormous expertise, investment and focus and it is very rarely accomplished successfully without serious cash backing-up the master franchise model, just what the entrepreneur was trying to avoid.

So in the end, funding is not a question of losing control. It is a question of accelerating growth of your world-changing idea with partners that will help you in many dimensions, not least of which will be to be more disciplined and professional. Get ready to grow!